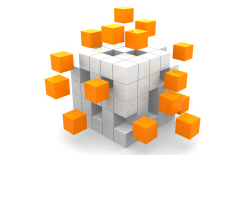 Scientific Paper: Microencapsulation Decreases the Use of Medicated Feed Additives

Since the mid-20th century, the livestock and poultry industries have seen advances in several areas including nutrition, genetics, engineering, veterinary medicine and management, all of which have enhanced feed efficiency, growth performance and meat yield. Recently, there has been a clamor of calls from industries to focus more on how animal agriculture affects the environment and overall food safety. Similarly, consumers want to know that their meats are free from antibiotic residues, they are willing to pay more for “antibiotic-free meats,” and will only consume meat from livestock that is raised in a disease-free environment (Rummo, 2016).

The global paradigm has shifted from productive efficiency to a far greater focus on public security. Nothing demonstrates this change more clearly than the issues concerning the use of antibiotic growth promoters. This has occurred because of a focus on greater public security in our food production systems. For the past four decades, medicated feeds such as antibiotics have been used in animal agriculture to improve growth performance and protect animals from the adverse effects of pathogenic and non-pathogenic enteric microorganisms. Currently, antibiotics have come under increasing scrutiny because of the potential development of antibiotic-resistant human pathogenic bacteria after prolonged use (Phillips, 1999; Ratcliff, 2000). In 1997 the European Union started banning the use of sub-therapeutic levels of antibiotics to prevent disease or promote growth.

In June of 2003, McDonald’s Corp. announced that after 2004 it would prohibit its poultry suppliers from supplying poultry fed antibiotics that are important as growth promoters in food animals. They created a purchasing preference for companies that work to minimize antibiotic use. Meeting market demand for reduced use of antibiotics is crucial for business success and lessens food-animal exposure to antibiotics, which may also reduce antimicrobial resistance over time.

Whether or not banning all antibiotic growth promoters may be scientifically justified, the tide of public opinion is forcing animal agriculture to develop alternatives, or at least substantially reduce the amount of antibiotics used in the production environment to produce safe meat, milk and egg products. Some of these alternatives may include significant changes in husbandry practices or the strategic use of enteric microflora conditioners, including acidifiers, probiotics, enzymes, essential oils, botanicals or their combinations.

Microencapsulation is a technology that can be used to deliver the optimal food and feed additives, either as a single component or in combination, to improve overall gut health in swine, poultry, dairy animals and humans in order to help lessen the use of sub-therapeutic medicated additives in animal production.

To read the complete paper—including how slow-release microencapsulation can help control gut health without the use of antibiotics—download it now.

Need to solve a similar challenge?

Use Our Solution Starter

Here are some related stories that you might enjoy next.